Hissing Darkness won Runner-Up in the 2020 Trophy Gold Incursion Contest hosted by The Gauntlet. Listen to this episode of the Trophy Podcast to hear about the winners!

The Ship was launched at near light speed into the cold darkness of space in the hopes of finding a new home. But now, you are beyond the light of even the furthest stars.The Ship is a near-light speed, super-craft, ark-ship powered by the massive and dangerous Engine. Using barely understood mechanisms and physics that teeter on the edge of reality, the Engine is able to convert strange-particle energies into power. The Ship is large, impossibly large. It’s corridors yawn and gape. The cold metal walls stand oppressive and crushing. You are so very small.

The fabricators are breaking down, the power is dying, the light is fading. The small haven that sprung up around the cold-sleep pods is dying. You do not have much time. Seek the Engine or be lost forever in this perfect darkness.

The longer you survive the labyrinth of the Ship, the more changed you become; warped by the strange energies that permeate this metallic environment. Something out in that cold dark void twisted and changed the Ship. Perhaps the Engine itself is responsible for this corruption; the strange energies it harnessed twisting and warping everything around it.

You will be exploring and surviving  the impossibly massive, and engulfed by malevolent darkness, Ship. Face twisted and corrupted beings. Survive the twisted metallic Maze. Commune with the Dark Void in the outer reaches of the darkness. Reach the Engine and wrest control of the Ship from its foul powers.

"I can't overstate how beautifully rendered this dark, science fiction setting is. The set pieces, the descriptions, the monsters, the environments—it all feels like an HR Giger painting come to life. It's vast and consuming and alien; it worms its way into you as you read it."

Hissing Darkness requires a copy of Trophy Gold to play.

In order to download this incursion you must purchase it at or above the minimum price of $8 USD. You will get access to the following files:

Support this incursion at or above a special price point to receive something exclusive.

When you buy a copy of Hissing Darkness you help someone else get a free copy. For each copy bought, one copy gets added to the community copy pool. One copy is also added for every additional $4 over the regular purchasing price.

If you are unable to purchase Hissing Darkness for any reason, please grab a community copy!

My group loved this incursion's setting and I highly recommend it. 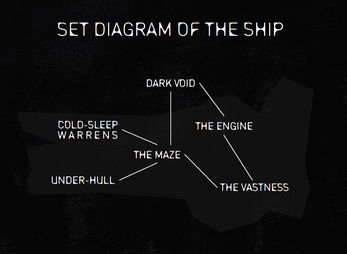 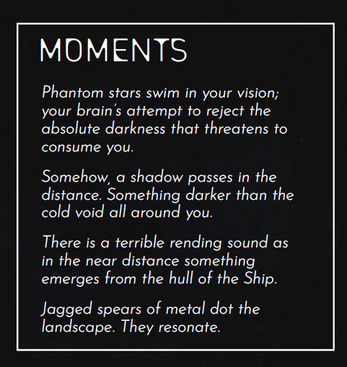